The Long, Slow Road to Robots In Our Homes 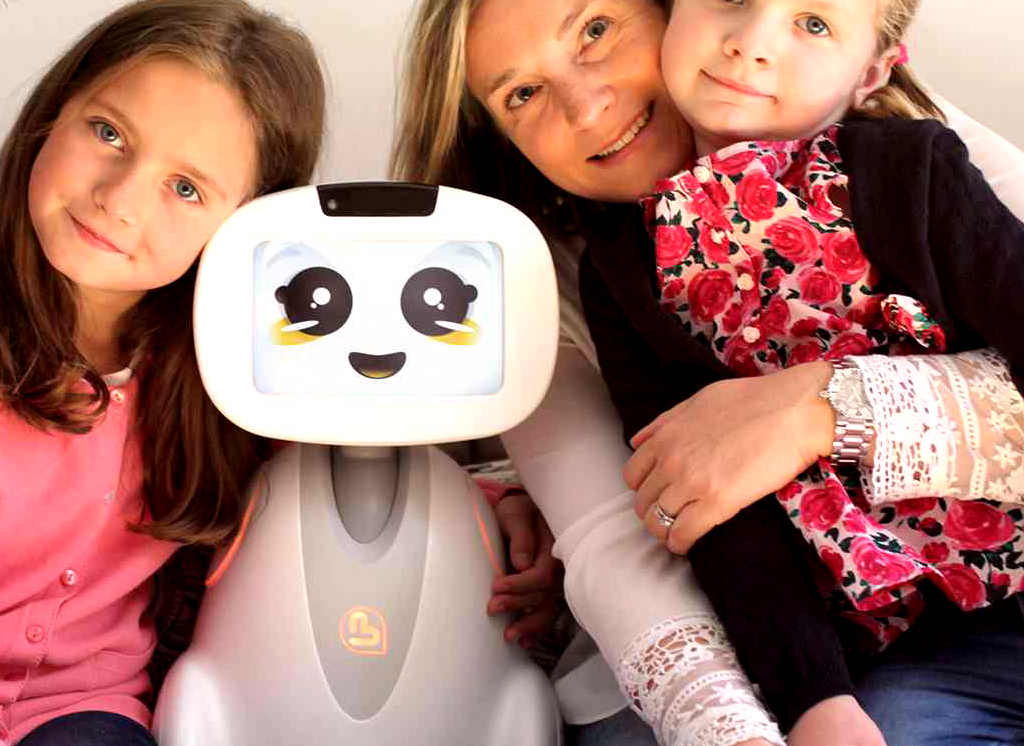 The Long, Slow Road to Robots In Our Homes

Smart devices for the home are nothing new. Human nature forces us to find better, smarter solutions for life’s problems. Why waste time, energy and resources if there is a more effective, efficient approach. Besides, smart devices aren’t the first major development here. Robots in our homes are the way of the future.

Electrification and programming turned manual jobs or chores into mechanical products. Developers talk about the rise of domotics, or home automation, meaning robotics for domestic chores around the home. This is the next step in the history of the smart, efficient home.

In 2016, a group of researchers released a theory on the three generations of home automation as part of a paper titled; “Sustainable Smart Home and Home Automation: Big Data Analytics Approach”. The 3 generations include:

The first generation is fairly common in modern smart homes

Smart, wireless devices provide help with a range of problems within the home. Consumers use everything from smart alarm clocks that run away in the morning to smart fridges that monitor contents.

The robotic cleaning device is one of the most common, with a range of brands, style, and purpose at affordable prices. It is also a great example for that long progressive history. 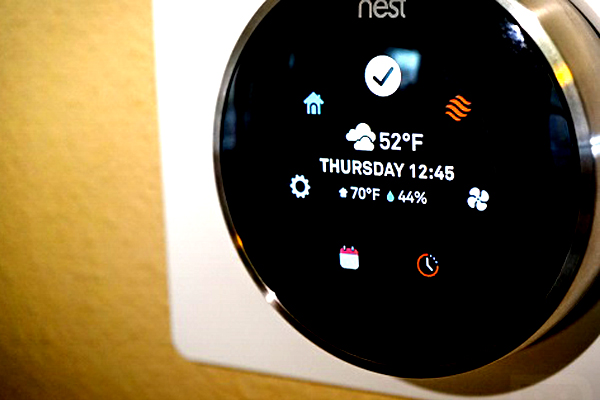 The automated vacuum superseded the typical electric, non-automated model. This surpassed mechanical options with pumps and bellows. Robotic vacuum cleaners are the present. Multi-purpose, AI-enabled cleaning robots are the future.

Why are so many households keen to use these machines?

Buyers love these robot cleaners because they offer convenience. They can set up a cleaning schedule with ease, and they barely have to lift a finger. These robots follow an automated route with advanced dirt detection software and cleaning tools. The best offer an effective clean with minimal fuss.

Homeowners see this robot as an efficient substitute for the non-automated machines of the past. This is the main aim with any automated devices after all. They provide a clear advantage over their antiquated cousins.

Researchers have increased the potential of smart devices with the development of a wider range of cleaning devices. Consumers once had little choice between the vacuum cleaners on the market. Brands were once limited, and designs were pretty similar. Different brands, models, and tech with different aims have since saturated the market.

Intelligent robotic vacuums map the route and connect to apps. Users can then adjust cleaning schedules remotely. Smart robotic floor cleaners substitute the suction and brushes with water and a mop. Designers can only expand on these features and extensive capabilities in the future. Cleaning devices aren’t limited to the floors either.

Improved technology and automation is essential for the progression of these devices.

Improved tech and automation have brought about robotic pool cleaners, window cleaners, gutter cleaners and just about anything else that buyers can think. Any device that can scrub suck and move has the potential for automated cleaning.

Mapping technology is essential here. It is not enough for a device to walk in a straight line if it cannot see the obstacles in the way. Others learn routes and adapt for better performance. Some are also smart enough to return to a charging dock when they are low on power.

The smarter the robot, the better the result. Designers are therefore keen to push further with design features and intelligence for the best possible result.

The second generation of robotics and smart devices for the home

The second generation of the robotic device is the AI-enabled hub for greater connectivity and functionality. Consumers find it is no longer enough to have a series of robots working individual tasks. These robots need to talk to a central system and work in harmony – where possible.

Again, homeowners are gradually warming to this idea, and AI system is now more common. Many use products like Amazon Echo to “talk” to the home, start programs and change settings. This is a development of AI assistant services like Alexa, Siri, and Cortana.

This is where homeowners can enjoy the benefit of the internet of things.

The term internet of things – or IoT for short – was once foreign. Experts and technophiles were the only people to know what this means. Broader demographics and consumers are now beginning to get the idea. This is a true progression from the single device to the smarter home. The interconnected nature of smart devices for a more effective home set-up.

The IoT saw a sharp rise in recognition with the popularity of hubs like Amazon Echo. This simple speaker illustrates the principles with simple connections to internet search and programs on other devices.

Many homeowners also turn to smart thermostats to control the temperature of the home. Nest thermostats and Ecobee thermostats were once luxury items in a few homes. Now countless homeowners rely on these smart systems and robotics for climate control.

Nobody wants to manually flick a switch or turn a dial every time they need to make a change. These systems offer convenient programs, schedules, and smart detection software for a better result. Direct links to the heating and cooling systems adjust settings with ease, sometimes automatically. Many smart thermostats also have an effective app.

This all means greater synchronicity across the home.

Consumers are also integrating more smart lighting and security products in their homes. This all began with greater connectivity to an app on smartphones and tablets. The wireless connection between the smart device and the phone is an example of first generation robotics.

Now, second generation AI hubs provide the input and greater connectivity across the home. Some will focus on the idea of the smart kitchen or bedroom. Entertainment systems, blinds, and alarms can help in the bedroom. 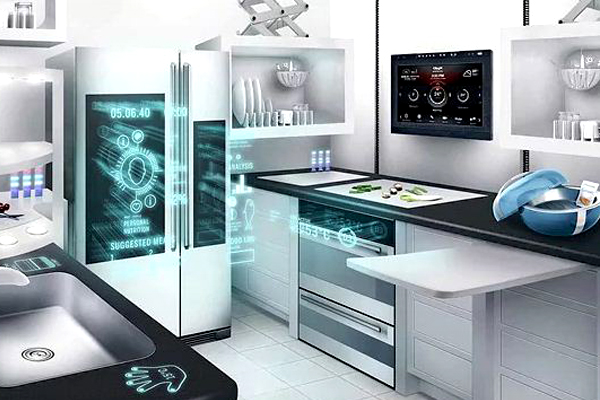 Smart fridges, cookers and other appliances can help in the kitchen. Other users will go further with a smart home. This goes beyond setting the alarm or dimming a light manually via a tablet. The smart home talks to various devices on a daily cycle. The alarm goes off at 7 am, the curtains open, the lights come on, and the kettle boils in anticipation.

Homeowners now have a greater acceptance of the rise of smart devices and interconnectivity.

This is just as well because devices will only get smarter with time. The Nest thermostat proved this by broadening out to handle lighting too. The homeowner will soon find that AI comes as standard and many homes are set up for integration.

Developers are keen to show that there are no limits when it comes to the different types of devices they can create. Think of a household appliance, and there is room for automation.

Japan has one of the weirdest examples of this with their smart toilets. This means much more than a heated seat, a water-efficient flushing system or automated air freshers. Some act like at-home doctors. They can analyze stool and urine samples within the bowl for known markers of illness or even pregnancy. This could help users spot danger signs early. However, users may also start to become paranoid each time to use the bathroom.

These smart devices are more about AI. We tend to think of robots as quite different beings. They do have robotic features. Users find greater appeal in robotic devices with a friendly face and cheerful greeting.

Homeowners can interact with these devices on a different level. Some get the impression that this sentient being is carrying out their wishes. Some go as far as naming their robot helpers. However, consumers are still after more from their robots. Where are the “true” robot maids and butlers? A select few high-end hotels have their forms of robotic staff, so the potential is there.

Developers across the world are creating robots that are more versatile and responsive.

This all goes back to that idea of new, better solutions replacing old, antiquated ideas. The rate of research and development is increasing with demand. Designers have to find the best new adaptation to beat rivals and capture consumer interest. Smartphone designers highlight this best of all with an impressive rate of growth.

Kuri has probably received the majority of the press attention for any domestic robot right now. He, or perhaps she, is popular because he walks that fine line between efficiency and accessibility. He can move around the home with ease, working out his route. He can also detect people and recognize individual family members. 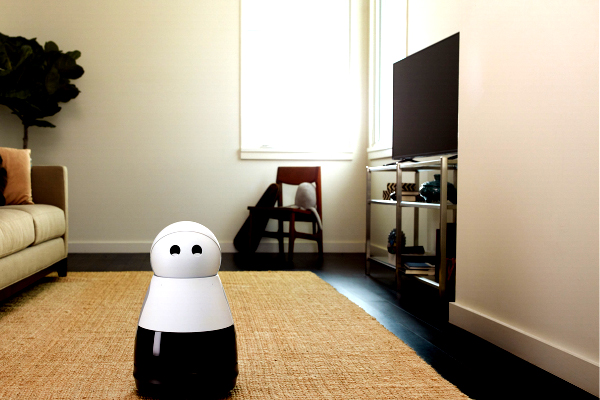 Kuri has a greater purpose than some inanimate home hubs and speakers, despite also have a music function. He is “cuter” and less alarming than some robots. His simplistic shape has a retro look, and his face is minimal. Ubtech Lynx is one of the view commercial products right now that looks like an articulated robot with a face. That is sure to change pretty soon.

Japanese designers are at the forefront of this robotics revolution, with America close behind.

Japan and the US have some of the most realistic looking robots around. There are humanoid beings with the ability to respond to voices, create facial expressions and even emote. The realistic faces and silicone skin take these robots in a whole new direction.

Atlas is a bi-pedal robot with the actions of a “maid,” but the look of a machine. If developers covered him in shell and silicone skin, he would be the most effective and realistic option yet.

Consumers should be careful what they wish for when it comes to robotics.

The humanoid robot maid is that holy grail in the search for the best possible servant. Some people are unsure about these beings. These rapid developments understandably concern many consumers, and some draw the line at these humanoid examples.

Robot maids with a classically robotic nature and basic speech are helpful and non-threatening. A realistic humanoid robot is a little creepy. Companies like Hanson Robotics that want to create robots with the capacity for learning may be taking a step too far.

However, devices like Amazon Echo and other hubs can learn preferences and get to know their owners. Kuri learns about the family and adapts his routine. Intelligence in household robots is already here.

How much work are homeowners willing to pass on to robots?

Are consumers so keen on an easy life that they will trust a robot helper to do everything for them? Some would argue that this is already the case. Users receive peace of mind with these systems. They are happy to let the robot control everything and inform them of problems.

Nest thermostats and Ecobee thermostats are often left to run a home without any occupants inside. People that lock a door with a smartphone should have no problem with a robot. Still, there are nagging doubts over the intelligence and sentience of these robots.

Could they decide on a “better” option than they one asked of them? Could they show flawed judgment, perhaps leading to a performance error or safety issue?

Consumers will soon be able to purchase humanoid robots as maid and butlers. It is only a matter of time. Costs and availability currently limit the potential of these machines. They are a toy for the rich and famous.

Hotels and million-dollar companies are sure to bring them in in some greater capacity. Hotel receptionists, porters, and cleaners highlight the potential for more accessible robotics.

For now, the average homeowner can stick with their AI hubs and watch the progress of more animated robot helpers. The first-gen models can malfunction and develop in the hospitality sector, and the improved, third-gen models can enter our homes.