Robots Are Here To Stay And Help Us 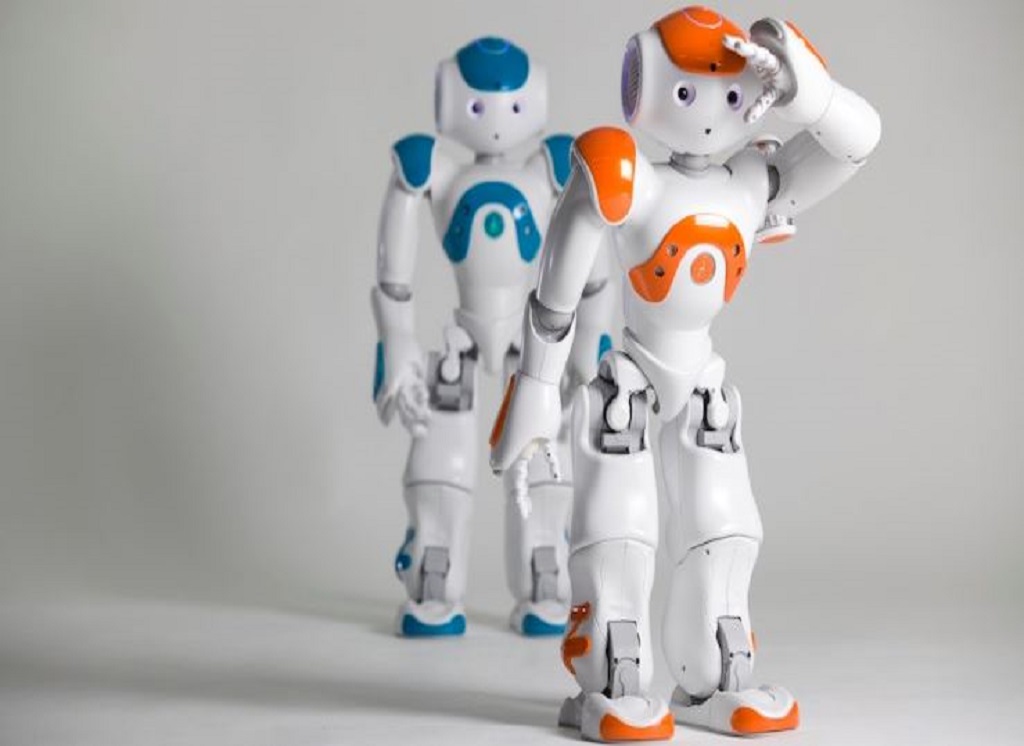 Robots Are Here To Stay And Help Us

Then there are all the humanoids, bears, dogs and other creatures in between that are trying to use robotics to help. The breath of robotics allows companies to continue developing robots that really can make a difference.

Ten Ways That Companies Are Developing Robots To Provide Help 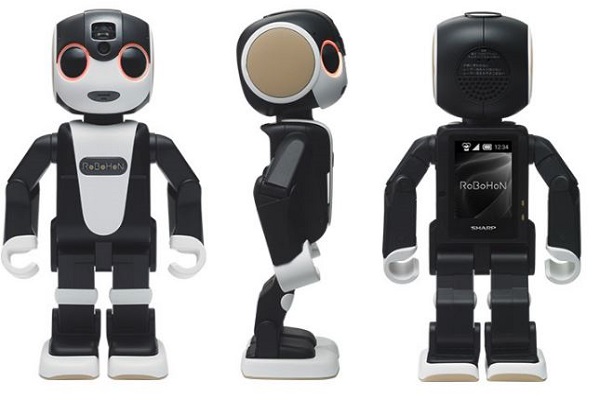 This little smartphone robot is a nice place to start with this list. Something functional and interesting, yet small and accessible. It is a robot for those that want a little robotic buddy to help them out. More importantly, it is a functional phone from Sharp. This is the next stage of blending robotics and smartphone tech.

It has a screen, call and message functions and even a projector in its head. There is no doubt that the look and quirky functions make it very much for the Japanese market. It may be a little too fun and showy to be that functional.

Lynx, and others like him, are the next step up for homeowners. This UBTech model uses Amazon’s voice assistant, Alexa, for home help. This means that it is like a smart hub, but it a robot form for a more friendly touch. The applications here include email reading, home surveillance and face recognition.

It does seem to want to help with lots of tasks. As of this moment, it is due to come out in 2017 for around $1000. Lynx is far from being alone. Many other companies are getting gin on the act and developing robots with these functions. There is the LG’s hub Robot and Bosch’s Mykie, which connects to kitchen appliances. 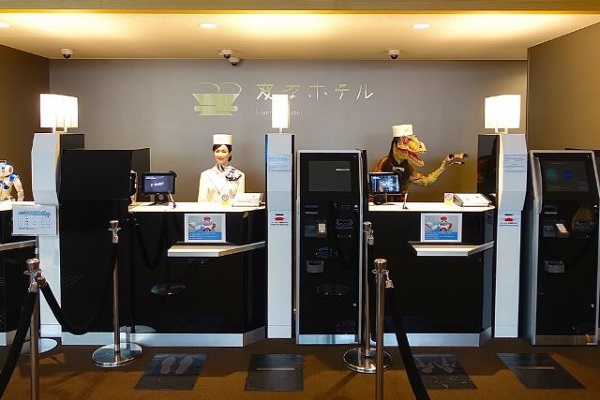 Henn na Hotel has gone further in developing robots, as they have a hotel almost entirely staffed by them. This includes the check-in staff dealing with the reservations, the robotics in the cloak room and the clever little robot porter. It is all a bit of a gimmick for now, as this is part of the unique experience of staying there. However, it shows the potential of this technology for other hotels.

Then we have Nao, an assistant robot that has a job in Japan already. This Aldebaran Robotics model works in Tokyo-Mitsubishi UFJ bank and the reception of a theme park hotel. It is an articulated robot that speaks Japanese, Chinese and English to provide help to customers. His makers call him “endearing, interactive and personalizable.”

This probably has a lot to do with the fact that this is now the 5th gen model, he has a friendly look and it only 58cm high. Nao is far from the only Japanese robot in employment like this, but he may be the most famous. 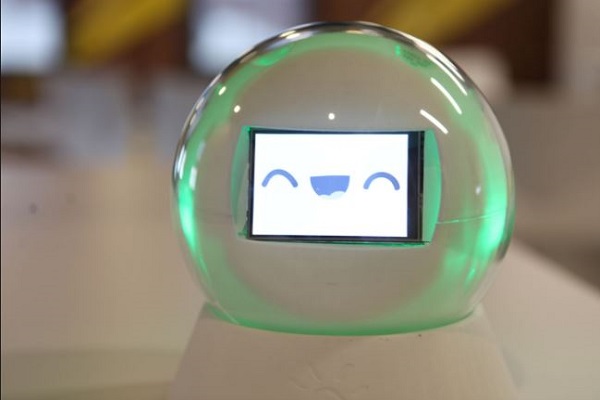 Leka is something entirely different. The staff of the hotel and Neo, the bank employee, are for commercial gains and profit. Leka is instead out to do some real good for vulnerable children. The shape of this robot and the robotics inside are much more simplistic and tactile. This is because it is a robot for special needs children.

It is essentially a ball with different colors, facial expressions, and games for color identification and picture matching. It shows the potential in developing robots as educational tools – ones that may also be the new friend kids need.

There is currently a Japanese idea of developing robots with humanoid looks for helping dementia patients in nursing homes. Developers are not entirely there yet. However, Robear is available to lift elderly patients in and out of bed.

It has simple sensors, robotics, and articulation for fast, precise movements that maintain the safety of patients. This also stops human staff risking injury. It comes from SRK Collaboration Center for Human-Interactive Robot Research and it one of their later models. It is more friendly than the uncanny valley humanoids. 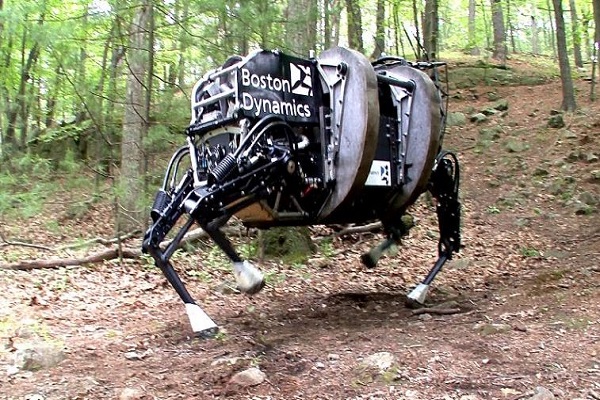 Robear is a great example of companies developing robots for more noble causes. The same goes for the LS3 BigDog. This military transporter robot is a Google owned model, developed by Boston Dynamics. It can carry 180kg for 20 miles in one go. That is fine with up to 80% of the terrain soldiers face but is also able to get up if it falls.

It can carry kit as it follows via a tracker. There is also the potential for resupply missions and autonomous transportation. It was later superseded by Spot, a much smaller model that resembles a dog. The spot is tough, can walk, climb and offers better help in more terrain.

Surveillance is big business when developing robots, especially home security with patrol boats. These insects use robotics on another level for clever defense work. The Harvard’s Wyss Institute for Biologically Inspired Engineering modeled these bots after the insect that can walk and jump on water.

They have the movements; the next step is to add the surveillance tech. These cute creatures are not the only insect robots. The University of California-Berkeley has a cockroach that can crawl through small gaps without sensors. 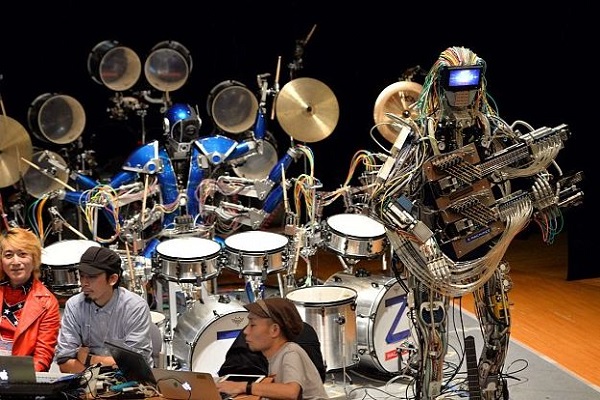 Here we retreat from the most important, helpful robots to models that are purely using robotics to make people smile. Z-machines are a band on Warp Records and have already collaborated with Squarepusher.

This is an interesting addition to the world of electronic music, with companies developing robots to play instruments. The question is, can robots understand music like a human. Also, there is an unfair advantage over real musicians. The guitarist has 78 fingers, and the drummer has 22 arms.

The last model here really challenges the definition of the word useful. It is difficult to see why companies are developing robots like this. The obvious answer is the fact that someone will buy it and enjoy it. Kuratas is ridable, 3.8 meters tall, 5 tons and can use either a Gatling gun or rocket shooter. It is a four-wheeled, thirty-joint model with impressive robotics that just screams excess.